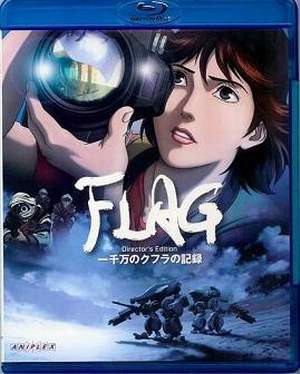 Plot Summary: In 20xx, a civil war broke out in a small country in Asia in spite of the dispatch of UN forces. But a picture taken by accident in the battle field accelerates the peace process. It is a picture of a flag which became the symbol of peace. However, just before the peace agreement is achieved, the flag is robbed by an armed extremist group in order to obstruct the truce. The UN decides to send SDC (Special Development Command) and a cameraman to record their activities. That cameraman is Shirasu Saeko – the cameraman who took the picture of the flag. Armed with the HAVWC (High Agility Versatile Weapon Carrier), Saeko documents their journey.