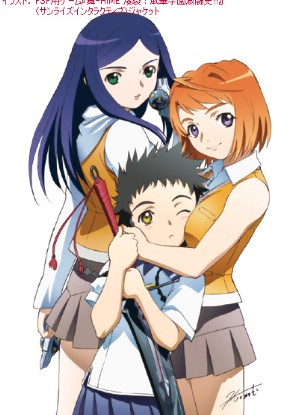 Plot Summary: Tokiha Mai and her sickly younger brother, Takumi, have received a scholarship to attend the prestigious Fuuka Academy. On the way, the ferry they are travelling on becomes the site of a destructive battle between two girls wielding apparently supernatural powers. This is only the beginning of their troubles, as Mai learns that she herself possesses these powers – the powers of a HiME. User Ratings: 2620