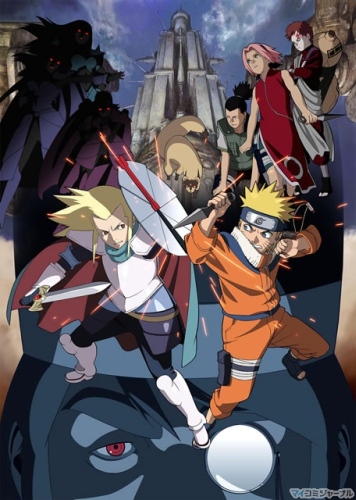 Plot Summary: Naruto, Shikamaru, and Sakura are on a mission to return a lost pet, BUT in the middle of their journey an enigmatic boy knight commands a group of temu people to attack them. Because of the hard battle, the 3 get all roughed up. In a final effort to end the battle Naruto goes all out on the Temu people, but then falls off of a cliff with them. Faced with a huge moving fortress infront of him, Shikamaru has to rescue them. In order for Shikamaru to get a hold of the situation, he has to infiltrate the fortress. But in doing so, Shikamaru witnesses a frightening scene....