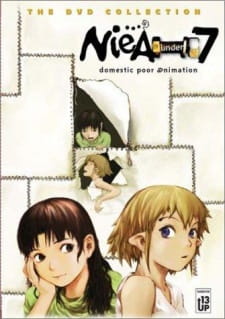 Plot Summary: In the 21st century, aliens have arrived on Earth and live among humans. In sleepy Enohana, the dirt-poor student Chigasaki Mayuko finds herself living together with NieA, a low-caste ("Under Seven") alien. While Mayuko struggles diligently to make ends meet, NieA seems to be totally unconcerned with the consequences of her actions. As the odd couple throws off the expected sparks, the wrecked alien mothership looms in the background...