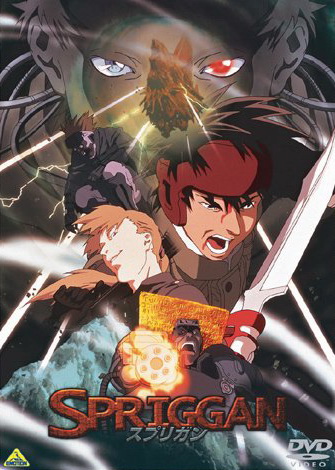 Plot Summary: Arcam is a secret, worldwide organization investigating artefacts from a lost civilization. When three of their investigators go to Mt. Ararat, in Turkey, they discover what they believe is the wreck of Noah's Ark. Their joy is short-lived, and so are they — the relic projects a powerful, destructive energy which wipes out not only the team but three Pentagon satellites as well. Quickly, Arcam and the US military are battling for the Ark's secret. Arcam's trump card is their super-powered warrior agents, called Spriggans. One Spriggan, a high school student named Yu Ominae is dragged into the fray. He makes his way to Turkey to confront the Pentagon's platoons. Of course, the Americans have super-soldiers of their own, including the human tank Fat-Man and the vicious Little Boy. The bullets are soon flying en masse, in what has become a holy war for the future of the human species.